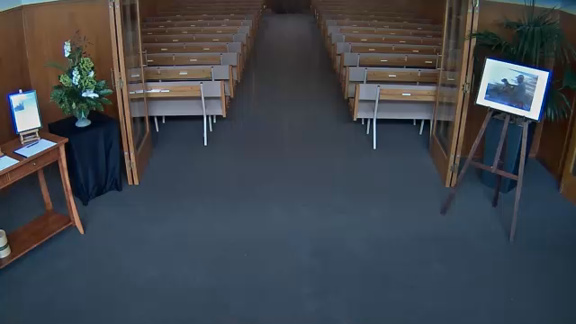 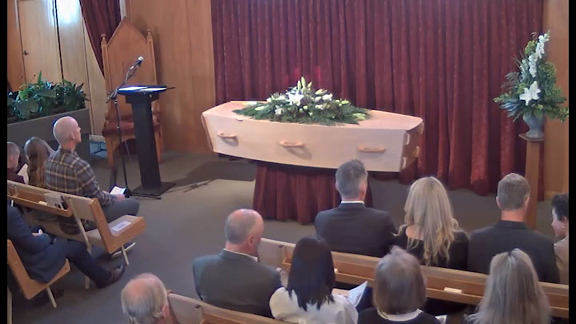 CONDON, Gary Austin.
12.5.1945 – 9.9.2018
Much loved husband of Rosemarie, father to Andrew and Gareth, father-in-law/Pops to Claire and Shona and loving Popsie of Grace, Willow, and Tosh.
A celebration of Gary’s life was held in the Dunstall Memorial Chapel, Edwardes Street, Napier on Saturday October 13, 2018 at 2.00pm followed by private cremation.
In lieu of flowers a donation in Gary’s memory to Dementia HB (Mahana) would be appreciated and can be left at the service. A tribute to Gary or a message for his family can be sent via www.dunstalls.co.nz or C/o PO Box 1055, Napier, 4140.

My condolences to the family on your loss. Only recently I was looking at a school rugby photo with a lot of skinny bright faced PNBHS boys, 4th or 5th form I think, that included Gary.

Firstly my deepest condolences to you all. It was a huge shock to hear of Gary's passing.
Gary and I both went to Palmerston North Boys High School, became friends and at the insistence of Gary"s brother Lyal and brother-in law Kevin Smith we both went as 18 year olds to play Premier rugby for Tech Old Boys now known as College Old Boys at Palmy Nth. We spent a lot of times at each others places and then both went on to join the Police..Gary the next wing after me. From thereon in we were transferred to different places over the years, married and had families and during our Police careers our paths only crossed when playing for NZ Police ar rugby. Gary's ultimate rugby career became far more noted than mine.
I was pleased to be able to speak to Lyal, Kevin and Heather yesterday.as a lot of water has passed under the bridge since the 1960's I will always remember and treasure the great early friendship Gary and I had in the early part of our lives.
Your family has lost a great husband, father and grandfather and I am sure he will always lovingly remain in your memories.
Once again my deepest sympathies to you all.
Lots of Love and heads up for the future.
Ron Burgess

Hi Rosemarie,
We were so so sad to hear about Gary. Condolences to you and your family, we are thinking of you at this hard time.
Gary taught us everything we know about working with the police and now 16/17 years later --we are still working as volunteers at Gisborne Police Station.
He taught us well.
we still talk about Gary and how he would handle things.
Our love and prayers go out to you all.
Kia Kaha

Rosemarie,Andrew and Gareth..
So saddened to hear of Gary’s death Rosemarie, my thoughts are with you and your family today. I know there will be many happy memories you will have to talk about and look back on. I know mine are the days of this very good looking athletic man back in the good old days playing rugby.
Love to you all and sorry I can’t be with you. Val Twist.

Rosemarie, Gareth and Andrew - My thoughts are with you today. I was so sorry and so very saddened to learn of Gary’s passing. Gary - or Chong as we knew him - was such a great workmate and close friend who I had the pleasure and honour of working with alongside John Marsden in the Masterton CIB. I have such fond memories of his sense of humour and mischief on and off duty, the impromptu barbeques and family gatherings and the end of day debriefs over a few (sometimes a lot) of pints down at the Club. You think we would have learnt that every time we really got on it there would be a bloody call out at two in the morning without fail - but we didn't. Thank god we weren't breath tested. With Chong’s arrival through the Pearly Gates, maybe, just maybe, they will finally be able to put a half decent Hawkes Bay side together again up there. My respected friend you are now with your ancestors and your whanau. Go in peace – E te Matua haere kit e ao o taku rangatira o taku whanau. Haere Haere Haere. Na Chris Linton

Today we farewell one legend of a human being. Gary was truly one of the good guys. Alway great seeing him and Rosemarie on their walks around Wainui Beach and having a good catch up.
Sorry we couldnt be there today. We will be sending our love and thoughts your way as you all remember Gary together.
Arohanui.
Cody, Sonia, Jack, Charlie and Zoe Keepa

Following Gary’s diagnosis of dementia, he enjoyed the services provided by Alzheimer’s Napier, now called Dementia Hawkes Bay, at Mahana Club. He joined in October 2014 and was part of a small group called “Kiwi Gems” that met once a week and would be involved in community type activities in helping raise awareness of people living with dementia. There was also the opportunity to partake in walks and playing the odd game of sport – lawn bowls, 10 pin bowling, tennis, cricket, pool, darts, and basketball.
Gary was a competitive sportsman and in one of our 'friendly' games of basketball, he managed to fracture his cheekbone competing for the ball. Prior to this he had an incident on his bike with a pylon and bruised his cheek and the basketball clash finished it off!
Gary was always happy to discuss any sporting event and enjoyed reminiscing about his earlier rugby days. Other fond memories were his time on the East Coast and between him and Richard, there would not have been many people they didn’t mutually know or know of, and many stories were shared.
One activity Gary enjoyed was going to the gym on a Wednesday afternoon with some other Mahana members. Age and dementia didn’t stop him from maintaining his general fitness and strength. A variety of exercises and weight resistance training was undertaken. On odd occasions, the weight would get sneaked up when it was Gary’s turn, which he just took his stride and would give his wry smile when completed and be ready for the next challenge.
Members at Mahana remember Gary as a true gentleman with a happy disposition and welcoming smile. Mahana members are very grateful to Gary’s family requesting that a donation is made to Mahana in lieu of flowers. RIP Gary, we will miss you.

To Rosemary and family, his friends and those who he touched along the way, I am very saddened to hear of Gary's passing. As a then young Detective I had the pleasure to serve with, to learn from and to be mentored by Gary during my time in the Gisborne CIB. Gary always had a quiet, confident manner, a warm and calming presence, personality and character traits that radiated out to those around him. If you went to him with a question he would never endeavor to fob you off or openly appear perplexed about your lack of intelligence or inability to find an answer to it yourself. During our service together and during some difficult, confronting and challenging times, I remember still, his presence, his smile and the laughter that he brought both to office we shared and as I reflect back now, actually into my life. Rest in peace Gary. Tony (Spike) Murrell.

Dear Rosemary & Family,
My very sincere and deepest condolences at the passing of Gary.

Due to my boss already being out of District and with me being on call with my Civil Defence role I am unfortunately unable to attend his funeral, which I am really disappointed about, as I would have liked to have paid my respects in person.
Since hearing of his death, I have been thinking a lot about Gary and my many interactions with him during my time in the Police. I have nothing but good memories of working with him, for even when we dealt with some very sad or traumatic situations/crimes, that impacted on us all in different ways, he was always a pleasure to work with. I had the utmost respect for Gary, for not only was he a great professional Police Officer, but also a real gentleman, someone who retained genuine empathy for complainants, victims and his colleagues. It was a real honour and privilege to have worked with Gary as part of the Gisborne Police Family, even in some of the worst of times and I treasure the memories.

RIP Gary …. Arohanui to all that have been touched by your life and who are grieving at your passing…….

I worked with Gary Condon for many years at the Gisborne Police Station. He was always the hardest-working, nicest cop I knew in my 28 years as an unsworn staff member. We shared the hard times through our cancer journey together, sitting in his office and talking about our struggles. He was always someone you could go to when you needed some words of wisdom and advice on anything. I will always remember how he would be at work when he looked like he should have taken the day off, but that wasn't Gary - he was a man of mana. Rest now Gary - you will not be forgotten my friend.

Rosemarie,Andrew,Gareth and families. It is with much sadness I have learned of Gary's passing this week. I am proud and privileged to have worked with him at Masterton. Outside of work we had many discussions supporting our different rugby teams and I have often thought of him when the 'Magpies' are on TV. I would love to be with you tommorow but will say my farewells to a great guy on the live streaming. Kind Regards John Marsden

We wish to pass on my condolences to Rosemarie Condon and her whanau and send our love. Our thoughts are with you all at this sad time. Gary will be missed.
Regards, Christine & Jeremy McGrath, Gisborne

I would like to convey my condolences to the Condon family. I had a lot to do with Gary (Gus to us in Palmerston North) with he and Lyle. And Tech old boys in those days as we played in the same team.
I also worked with Gus at Longburn CWS plant in the late 1950's early 1960's and was instrumental in him becoming a prime beef boner. I was transferred to CWS Bluff. It was 30 years or so later that early one morning I was doing my milk run in Wairoa that a car pulled up and a voice said "Morning Red Wilson", it was Gus down on a case. That was 30 odd years ago but I will be there Saturday to say goodbye.
A mighty guy at rest.
All the best to you all Gary Wilson. (Red)